KLAYMAN: COWARDLY DUNGY HAD IT RIGHT: NOTHING TO APOLOGIZE FOR BY STANDING UP TO SICK LEFTIST LGBQT CULTURE AND LIFESTYLE!
Order "It Takes a Counter-Revolution!" at Amazon.com
Donate and Support Freedom Watch at www.FreedomWatchUSA.org 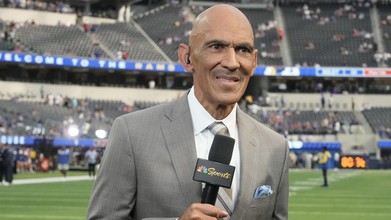 Dungy initially apologized via a statement provided by his attorney Thursday night.

"This past week I posted a tweet that I subsequently deleted. I issued an apology but not everyone saw it," Dungy's tweet stated. "So I am reposting my apology here. As a Christian I want to be a force for love to everyone. A force for healing and reconciliation-not for animosity."