KLAYMAN: HAVE NO FEAR LEFTISTS: FOR JORDAN & THE OTHER REPUBS. REGRETTABLY IT'S ONLY FOR SHOW TO GET ON HANNITY TO JINGLE FUNDRAISING DOUGH!
Order "It Takes a Counter-Revolution!" at Amazon.com
Donate and Support Freedom Watch at www.FreedomWatchUSA.org 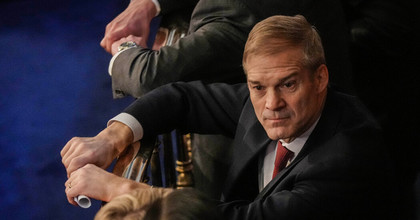 The House plans to vote this week on a resolution to create a special Judiciary subcommittee on what it calls the "weaponization of the federal government," a topic that Republicans have signaled could include reviewing investigations into former President Donald J. Trump.

The panel would be overseen by Representative Jim Jordan, Republican of Ohio, who is also poised to become the Judiciary Committee's chairman. It remains to be seen who else Speaker Kevin McCarthy, who made numerous concessions to a far-right faction of his party to win the speakership, will put on it.