KLAYMAN: HEIL BIDEN DOJ-FBI -- THE BIGGEST FASCIST THREAT TO WE THE PEOPLE!
Order "It Takes a Counter-Revolution!" at Amazon.com
Donate and Support Freedom Watch at www.FreedomWatchUSA.org 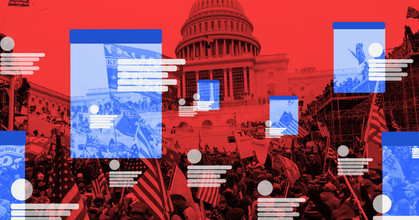 The feds say they're in for the long haul on Jan. 6. Online sleuths want them to pick up the pace.
NBC News
January 8, 2023
The federal probe into Jan. 6 has led to 900-plus arrests, nearly 500 guilty pleas and more seditious conspiracy convictions than the U.S. had seen in several decades.

Still, the FBI has arrested just a small fraction of the more than 3,000 people who could be charged. At least 250 suspects wanted by the bureau on accusations that they assaulted officers on Jan. 6, 2021, are still at large, according to federal authorities, as is the person who planted pipe bombs outside the Democratic National Committee and the Republican National Committee before the attack.

Heading into the third year of the investigation, the pace of arrests has slowed dramatically, even as federal prosecutors have just three years left until the statute of limitations runs out on most Jan. 6 offenses. And just as the Justice Department is set to get millions of additional dollars to fuel its investigation, it will also face scrutiny from a Republican-controlled House from members who have called to defund the FBI and who have heavily criticized the Justice Department's Jan. 6 probe.