THE CORRUPT, ESTABLISHMENT GOP WILL NEVER WIN!
Order "It Takes a Counter-Revolution!" at Amazon.com
Donate and Support Freedom Watch at www.FreedomWatchUSA.org

As I write to you now, establishment Rino and unprincipled Kevin McCarthy has just lost his unprecedented TENTH vote to be Speaker of the House.

And while I applaud the handful of conservatives who will stand up and fight against the GOP establishment swamp, you and I both know the Republican party is dead.

The Republicans couldn't win strong majorities in the U.S. House and Senate in November... even though the Democrats are led by corrupt, brain damaged Joe Biden who's destroying our country.

And now even with a slim majority they can't manage to agree upon a strong, conservative leader to vote for as Speaker of the House — someone suited to be second in line to the presidency behind the vice president!

Instead, they vote over and over again, wasting time and money (something they do well), voting for spineless, corrupt, sell-out Kevin McCarthy.

That's why I'm forming my own political party, The New American Independence Party, under a separate organization. It's time to form a new government, BY and FOR the people!

We the People do not have representation in the corrupt putrid swamp of our current capital in the District of Columbia, a place so vile that it is infested with political cockroaches who are bleeding the nation to death! We the People are now on our own with, like our Founding Fathers, the Divine Providence of God!

And, we must rise up peacefully and legally! Forget about the Republican Party!

I have more to say in this video. (McCarthy and Corrupt Republican Establishment Lose Again! (rumble.com)) 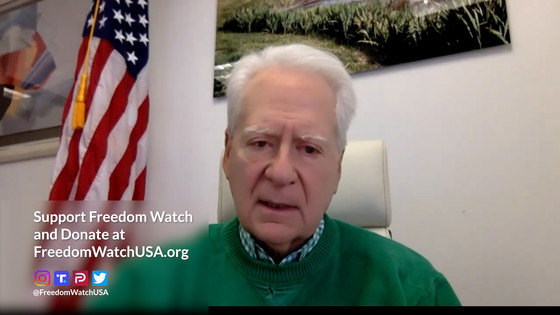 But the bottom line is, it's time to help ourselves. We cannot rely on the Republican party to save us from the socialist, communist Democrat party.

So please give a crucial $25, $50, $100, or more right now to help me take on Joe Biden's rotten criminal regime, free all January 6th peaceful prisoners, and take our country back!

You and I can save our country if we act peacefully and legally NOW.

Please give what you can right away.