KLAYMAN: THE LEFT HATES MUSK BECAUSE HE WILL NOT BOW DOWN TO THEM!
Order "It Takes a Counter-Revolution!" at Amazon.com
Donate and Support Freedom Watch at www.FreedomWatchUSA.org 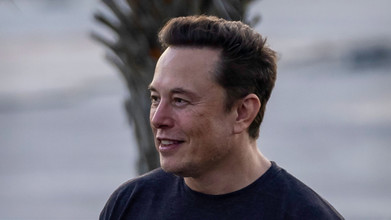 Elon Musk Snubs the Most Powerful Club in The World
By Luc Olinga
TheStreet
December 26, 2022
Elon Musk became the most influential CEO in the world this year.

Some people will even go so far as to say that he is the most powerful boss in the world.

He is involved in companies that are at the heart of technological innovations such as Tesla (TSLA) - Get Free Report and SpaceX. And he owns Twitter (TWTR) - Get Free Report, considered the town square of our time.

Musk is simply the star of CEOs. He is one of the few bosses who can claim more than 100 million followers on Twitter. The personality of Musk divides, and arouses passions. Either people are against Musk or they are fans.