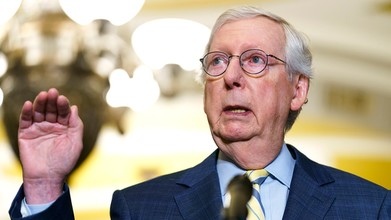 The GOP senators had argued it would have been better to wait for the GOP to take control of the House in January to pass an omnibus bill, arguing this would have given Republicans more leverage.

Lee denounced the omnibus as "the ugliest spending bill on record," taking aim at McConnell and the party's Senate leadership in an interview with radio talk show host John Catsimatidis on Sunday.