KLAYMAN: CHEERS TO THE JUDGE AND GOV. DESANTIS!
Order "It Takes a Counter-Revolution!" at Amazon.com
Donate and Support Freedom Watch at www.FreedomWatchUSA.org 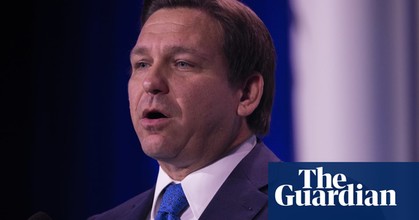 DeSantis appoints judge who denied abortion to girl over school grades
By Maya Yang
the Guardian
December 24, 2022
Florida's rightwing Republican governor, Ron DeSantis, has appointed a judge who was previously ousted over a controversial ruling where he denied a teenager an abortion, citing her school grades.

DeSantis appointed Jared Smith to the newly established sixth district court of appeal, an appointment which will begin on 1 January 2023. Smith previously served as a judge on the Hillsborough county court until he was ousted in August after his decision on the abortion-related case.