KLAYMAN: INCOMPETENT AND CORRUPT DEM AND REPUB FOOLS IN CONGRESS ARE RESPONSIBLE FOR RUSSIAN OVERWELMING SUPERIORITY IN HYLERSONIC WEAPONS!
Order "It Takes a Counter-Revolution!" at Amazon.com
Donate and Support Freedom Watch at www.FreedomWatchUSA.org 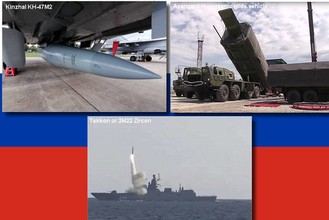