KLAYMAN: "DEAD" REPUBLICAN PARTY STABS TRUMP IN THE BACK!
Order "It Takes a Counter-Revolution!" at Amazon.com
Donate and Support Freedom Watch at www.FreedomWatchUSA.org 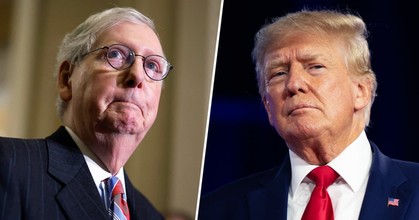 He promises not to let that happen again, insisting he will "actively look for quality candidates" to promote in the 2024 primaries.

In a rare and pointed criticism of the former president, who's seeking a comeback in two years, McConnell said Trump's power is on the wane and called on him to back off Senate primaries.