KLAYMAN: DISHONEST WAPO WILL SEEK TO HARM MUSK: BUT THIS LEFTIST RAG WILL NOT SUCCEED!
Order "It Takes a Counter-Revolution!" at Amazon.com
Donate and Support Freedom Watch at www.FreedomWatchUSA.org 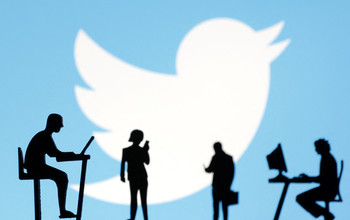 Twitter dissolves Trust and Safety Council
Washington Post
December 13, 2022
Yoel Roth, Twitter's former head of trust and safety, and his family were forced from their home after Elon Musk's tweets misrepresented Roth's academic writing about sexual activity and children. The online mob also sent threats to people Roth had replied to on Twitter, forcing some of Roth's family and friends to delete their Twitter accounts, according to a person familiar with Roth's situation who spoke on the condition of anonymity due to concerns about Roth's safety.

Musk's followers also directed harassment at professors who reviewed the dissertation that Roth wrote in 2016, as well as at his graduate school, the University of Pennsylvania, the person said. The university did not respond to a request for comment.