KLAYMAN: THE JAN. 6. PANEL HAS MUCH IN COMMON WITH THE COMMUNIST CHINESE POLITBURO!
Order "It Takes a Counter-Revolution!" at Amazon.com
Donate and Support Freedom Watch at www.FreedomWatchUSA.org 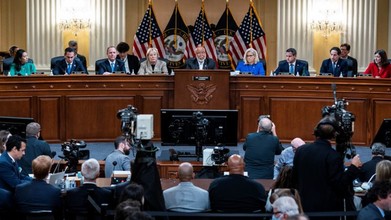 The subcommittee tasked with investigating criminal referrals presented its recommendations to the full panel at a 1 p.m. ET virtual meeting, but it is unclear if those recommendations were officially adopted. A source described the meeting as "successful" but did not elaborate.