SOME HUNTER BIDEN ALLIES MAKING PLANS TO GO AFTER HIS ACCUSERS
Order "It Takes a Counter-Revolution!" at Amazon.com
Donate and Support Freedom Watch at www.FreedomWatchUSA.org 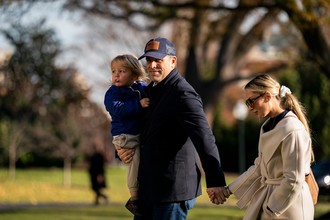 Washington Post
December 10, 2022
Hunter Biden's friend and lawyer Kevin Morris was blunt in laying out his thoughts at a strategy session last September on an expected onslaught of investigations by House Republicans: It was crucial, he suggested, for Hunter Biden's camp to be more aggressive.