'LET JUSTICE RING': LIV GOLF CONFIDENT 'WHOLE TRUTH WILL NOW BE EXPOSED' ABOUT THE PGA TOUR AFTER MAJOR DEVELOPMENT IN LONG-STANDING BATTLE
Order "It Takes a Counter-Revolution!" at Amazon.com
Donate and Support Freedom Watch at www.FreedomWatchUSA.org 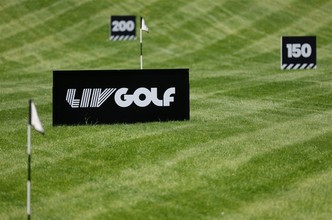 By Sheldon Pereira
EssentiallySports
December 9, 2022
The LIV golf and PGA Tour feud has been the center of attention for months in the golf world. With both sides going head-to-head, the battle seems to have no end. But only recently has LIV won a huge victory for their side in this ongoing battle. The Tour had moved for a dismissal of the antitrust lawsuit that LIV Golf has against it. Larry Klayman, the attorney for LIV's side, announced that the motion for dismissal was rejected.

As per Klayman, this means that the system recognizes that there is a possibility of the lawsuit being legitimate. In a statement issued by his Freedom Watch website, he claimed it was the first time the Tour had failed to dismiss an antitrust complaint filed against them.