KLAYMAN: IS THIS ON THE HORIZON FOR CONSERVATIVE STUDENTS AT U.S. UNIVERSITIES?
Order "It Takes a Counter-Revolution!" at Amazon.com
Donate and Support Freedom Watch at www.FreedomWatchUSA.org 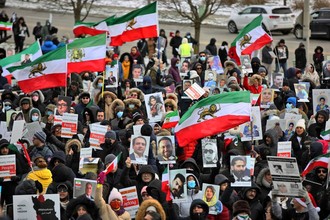 While officials are citing water-borne bacteria as the cause of the troubling symptoms, the student union posited that the population was intentionally poisoned.