KLAYMAN: THEATRE OF THE ABSURD AT THE NATION'S SO CALLED SUPREME COURT: MORE LIKE "COURT JESTERS" WHO ARE NOT FUNNY AT ALL!
Order "It Takes a Counter-Revolution!" at Amazon.com
Donate and Support Freedom Watch at www.FreedomWatchUSA.org 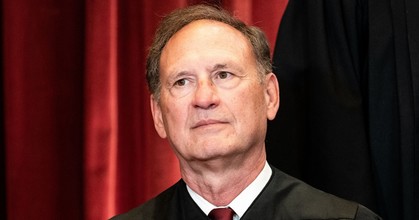 Web designer Lorie Smith of Colorado opposes same-sex marriage on religious grounds and is seeking an exemption from a state law that outlaws discrimination on the basis of sexual orientation in public accommodations.

Smith sued the state in 2016, arguing that she has a free speech right under the Constitution's First Amendment to reject requests by same-sex couples because it conflicts with her own views.