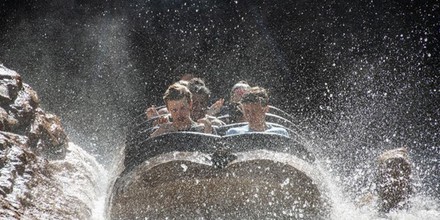 TheBlaze
December 5, 2022
Fans of the iconic Disney theme park ride Splash Mountain have a little over a month to take one last ride. Disney will close Splash Mountain permanently on January 23 because, the company says, it promotes "racial stereotypes."

The ride, which opened in 1989, is based on the 1946 Disney film "Song of the South." The film has fallen out of favor in recent years because, critics say, it offers a racially insensitive depiction of Reconstruction in the American South just after the end of the Civil War.

"I've felt, as long as I've been CEO, that 'Song of the South' was — even with a disclaimer — was just not appropriate in today's world," Disney CEO Bob Iger said at a shareholders' meeting in March 2020, when the ride closure was first announced.