KLAYMAN: RABID LEFTIST DEMS WILL NOW SEEK TO "CRUCIFY" TRUMP AND HIS FAMILY!
Order "It Takes a Counter-Revolution!" at Amazon.com
Donate and Support Freedom Watch at www.FreedomWatchUSA.org 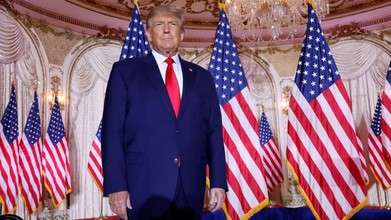 The spokesperson did not provide any additional information. Federal courts had decided the House could request six years of Trump's returns, after the committee had requested them in 2019 and again in 2021, according to public court records.