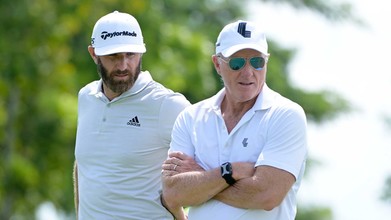 Golf
November 17, 2022
Earlier this week Rory McIlroy made waves when he proclaimed that at least one significant move needs to happen before the PGA Tour and LIV Golf can begin to find some semblance of common ground: Greg Norman's dismissal from his dual post as LIV's CEO and commissioner.

"Greg needs to go," McIlroy said from the DP World Tour Championship. "I think he just needs to exit stage left. He's made his mark, but I think now is the right time to sort of say, 'Look, you've got this thing off the ground, but no one is going to talk unless there's an adult in the room that can actually try to mend fences.'"

If McIlroy has become the de facto leader of the PGA Tour loyalist movement, Davis Love III has become one of McIlroy's most vocal lieutenants. On Wednesday, at the PGA Tour's RSM Classic in Sea Island, Ga., Love was asked about whether he, too, thought it was time for Norman to step down.