BREAKING: U.S. MARINE ILLEGALLY ARRESTED BY FBI GETS 8 MONTHS IN PRISON
Order "It Takes a Counter-Revolution!" at Amazon.com
Donate and Support Freedom Watch at www.FreedomWatchUSA.org 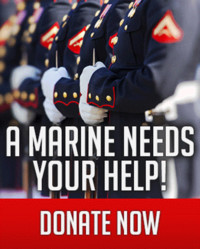 Please give a critical $25, $50, $100 or more IMMEDIATELY to fully fund my two crucial class action lawsuits and other hard-hitting legal actions to GET JUSTICE FOR ALL JANUARY 6 PROTESTERS AND SET THEM FREE.

(Because you're a valued supporter of Freedom Watch, I had to rush you this urgent update about my client, Jesus Rivera. Please bear with me if you've seen some of this information before . . .it will be shocking to new supporters.)

On January 6, 2021, Jesus Rivera, a Marine combat veteran, peacefully recorded the events at the Capitol building in Washington, D.C. He shot video on his smart phone and a digital camera for a local news station back home in Florida.

He didn't protest (when I first heard his story, I thought he did).

Jesus didn't attack police or use harsh language. He only shot video to provide for his wife and kids and entered the Capitol peacefully like many other patriots that day.

But around 7:30 AM on January 20, 2021, between 12 to 20 heavily armed FBI agents raided his home with guns drawn. There was no probable cause, and the search warrant was obtained through lies and even outright fraud.

Jesus was forcefully handcuffed, then moved to the FBI building.

His wife asked for the warrant several times but didn't receive it until after the FBI agents finished searching their home.

Jesus survived rocket attacks and exploding roadside bombs trying to bring freedom to Iraq and Afghanistan. But his freedom gets trampled on right here at home by Biden's Gestapo DOJ and its FBI!

She's a hardcore leftist whose nomination was opposed by every conservative group in the country. She's the absolute worst judge I've appeared before in 45 years.

And now she's throwing a true patriot and innocent man to the wolves.

Patriot, I've filed a critically important class action lawsuit on behalf of Jesus Rivera — and on behalf of each and every January 6 Peaceful Protester who is getting brutally abused by the justice system as I write you this urgent email.

I'm suing everyone responsible for this outrage: the lead agents, each agent who searched Jesus' home, even FBI Director Christopher Wray.

The shocking, un-American conduct as alleged in my lawsuit can't be allowed to go on. If the FBI can push around a peaceful, church-going Marine veteran for simply recording the events at the Capitol building on January 6th, they can push you and me, our families, friends, and fellow Americans around, too.

That's why I beg you to stand with me at this crucial time.

Patriot, PLEASE help me double down in my fight to GET JUSTICE FOR ALL JANUARY 6 PROTESTERS AND SET THEM FREE with your absolutely vital gift of $25, $50, $100 or even more RIGHT NOW.

I'm using two powerful class action lawsuits and other hard-hitting legal actions to do this.

Please give what you can right away.