KLAYMAN: THE WORST ANTI-SEMITES ARE THE WHITE JEWISH HOLLYWOOD LEFT!
Order "It Takes a Counter-Revolution!" at Amazon.com
Donate and Support Freedom Watch at www.FreedomWatchUSA.org 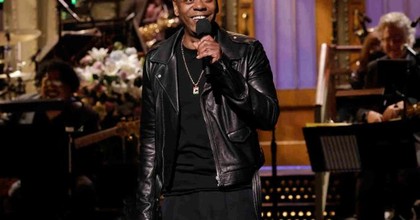 A source told Page Six: "Dave does a fake monologue during the dress rehearsal, because he doesn't want ['SNL' creator] Lorne Michaels, or anyone else, to know what his real monologue is."

The source added that Chappelle made a joke during the dress rehearsal about a writer who refused to work with him this week on the show. Dave Chappelle switched his monologue between the "SNL" rehearsal and live show, we hear.