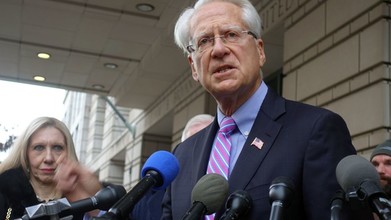 Golfweek
November 16, 2022
The complaint further alleges monopolization, attempted monopolization, group boycotts and other unfair trade practices. The first amended class action complaint to name the OWGR was filed on Nov. 4. The second amended complaint was e-filed Nov. 11. Golfweek confirmed with the 15th Judicial Circuit the second complaint is still pending at the time of this post's publication. Offices were closed on Nov. 9th and 10th due to Hurricane Nicole and also on Nov. 11th for Veterans Day.

The second amended action "seeks actual and compensatory damages, in an amount to be determined" by a jury.

"Consumers, that is Florida golf fans including me, have as much right as anyone to benefit from a free market, which would allow all golf leagues and independent contractor players to fairly compete," said Klayman via a release. "But the Defendants have illegally worked hard to prevent this, as the PGA Tour and its co-conspirator Defendants will not tolerate honest and fair competition, as it will challenge their trillion dollar plus monopoly to totally dominate the golf world."