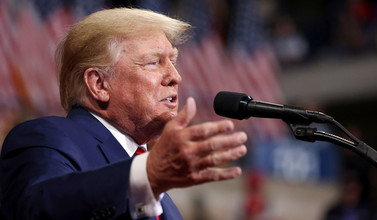 Trump has jumped the shark, as the kids used to say. His gratuitous attacks on two successful, popular Republican governors — both of whom, unlike him, could conceivably defeat President Biden or some other Democratic nominee in the 2024 election — have ended his chances of capturing the GOP presidential nomination two years from now.