KLAYMAN: PATRIOTS RISE UP: THE REPUBLICAN PARTY IS DEAD! WAKE UP AMERICA!
Order "It Takes a Counter-Revolution!" at Amazon.com
Donate and Support Freedom Watch at www.FreedomWatchUSA.org 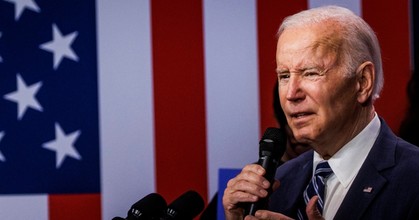 "We feel good about where we are. And I know I'm a cockeyed optimist," Biden told reporters in Cambodia after NBC News and other news outlets projected that his party would keep a majority in the Senate. He added that he was "not surprised" by the turnout.

Democrats defeated several candidates backed by former President Donald Trump to hold onto at least 50 seats come 2023. Control of the House has not yet been determined, with several races too close to call.