FBI ARRESTS TALLAHASSEE MAN ON FELONY CHARGES FOR STORMING THE U.S. CAPITOL ON JAN. 6
Order "It Takes a Counter-Revolution!" at Amazon.com
Donate and Support Freedom Watch at www.FreedomWatchUSA.org 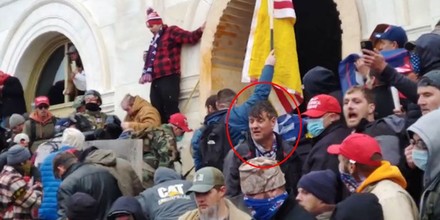 WCTV
November 7, 2022
WASHINGTON — A Florida man has been arrested on felony charges, including assaulting a law enforcement officer, for his actions during the breach of the U.S. Capitol on Jan. 6, 2021, according to a press release from the United State Department of Justice.

According to court documents, on Jan. 6, 2021, Cholod was among a mob illegally massed on the Lower West Terrace and in an Archway and tunnel that leads into the Capitol Building.