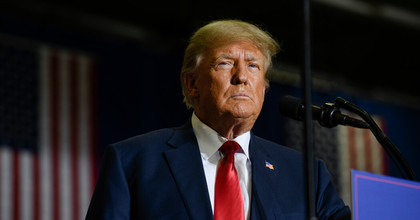 Trump Files a Suit Against N.Y.'s Attorney General, and Against Advice
By Jonah E. Bromwich, Maggie Haberman, Ben Protess and William K. Rashbaum
New York Times
November 3, 2022
A tirade of a lawsuit that Donald J. Trump filed on Wednesday against one of his chief antagonists, the New York attorney general, was hotly opposed by several of his longstanding legal advisers, who attempted an intervention hours before it was submitted to a court.

Those opposed to the suit told the Florida attorneys who drafted it that it was frivolous and would fail, according to people with knowledge of the matter. The loudest objection came from the general counsel of Mr. Trump's real estate business, who warned that the Floridians might be committing malpractice.