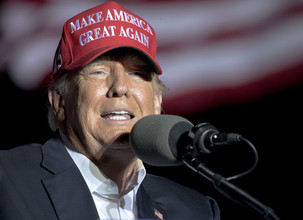 Chief Judge Beryl Howell of the U.S. District Court for the District of Columbia on Wednesday asked the Justice Department to weigh in on unsealing requests made by two media organizations: POLITICO on Oct. 18 and the New York Times on Oct. 21.

Howell's request comes as Trump has been quietly waging — and losing — a court battle in recent weeks to prevent former aides from testifying to the grand jury.