KLAYMAN: LEFT DESTROYING THE NATION WITH BIDEN AS ITS STOOGE!
Order "It Takes a Counter-Revolution!" at Amazon.com
Donate and Support Freedom Watch at www.FreedomWatchUSA.org 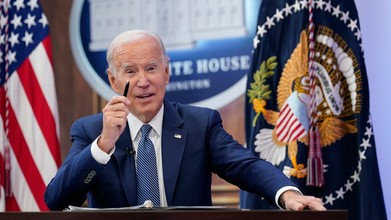 $31 trillion may seem a fanciful number, but U.S. debt will soon hit your wallet hard
USA TODAY
October 16, 2022
During a rare television interview this week with CNN, President Joe Biden had difficulty pinpointing just how much the misleadingly named Inflation Reduction Act would contribute to fighting climate change.

He said it would spur something around "a billion a trillion $750 million dollars billion dollars off the sidelines in investment."

A bit of a head scratcher.

Yet that confusion is reminiscent of what I feel when I (a humble English major) try to wrap my head around a number as large as $31 trillion.