KLAYMAN: LET'S APPLAUD THE SAUDIS: THEY SEE BIDEN AND THE DEMS AS LEFTIST THREATS AND SELL OUTS WITH IRAN AND WANT THEM GONE!
Order "It Takes a Counter-Revolution!" at Amazon.com
Donate and Support Freedom Watch at www.FreedomWatchUSA.org 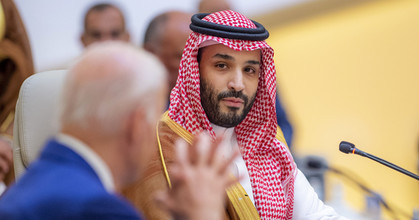 Without elaborating, the White House warned there would be "consequences'' for the Middle Eastern powerbroker after the oil-producing alliance OPEC+ announced earlier this month that it would cut oil production by 2 million barrels a day, a move that's likely to send gas prices higher again.

The cut is also seen as helping Russia, the world's second-largest oil exporter, finance its war in Ukraine.