KLAYMAN: NOW TO GET RID OF BIDEN AS HE IS AN ALBATROSS AROUND THE NECKS OF THE LEFT, EVEN THE NEW YORK TIMES NOW ADMITS AND BRANDS HIM AS A SICK PATHOLOGICAL LIAR!
Order "It Takes a Counter-Revolution!" at Amazon.com
Donate and Support Freedom Watch at www.FreedomWatchUSA.org 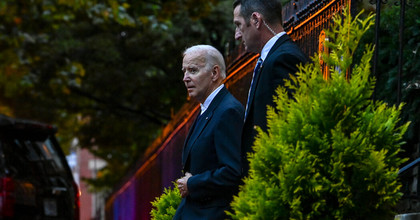 Biden, Storyteller in Chief, Spins Yarns That Often Unravel
By Michael D. Shear and Linda Qiu
New York Times
October 11, 2022
WASHINGTON — Standing in front of Floridians who had lost everything during Hurricane Ian, President Biden on Wednesday recalled his own house being nearly destroyed 15 years ago: "We didn't lose our whole home, but lightning struck and we lost an awful lot of it," he said.

Mr. Biden has mentioned the incident before, once saying that he knows what it's like "having had a house burn down with my wife in it."

In fact, news reports at the time called it little more than "a small fire that was contained to the kitchen" and quoted the local Delaware fire chief as saying "the fire was under control in 20 minutes."