KLAYMAN: WE LIVE IN A LEFTIST "POLICE STATE!"
Order "It Takes a Counter-Revolution!" at Amazon.com
Donate and Support Freedom Watch at www.FreedomWatchUSA.org 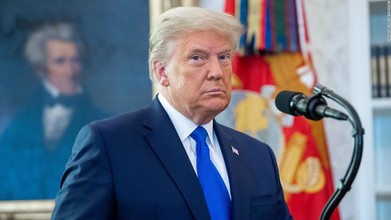 The investigation is also stretching into cogs of the sprawling Trump legal machine that boosted his efforts to challenge his electoral loss -- with many of the recipients of 30-plus subpoenas that were issued in recent days being asked to turn over communications with several Trump attorneys.

Is the Department of Justice already too late on Donald Trump?