KLAYMAN: I PREDICTED THIS: CLINTON FEDERAL JUDGE MIDDLEBROOKS IS A PARTISAN HACK! READ ABOUT HIM IN MY NEW BOOK "IT TAKES A COUNTER-REVOLUTION!" ORDER @ AMAZON.COM
Donate and Support Freedom Watch at www.FreedomWatchUSA.org 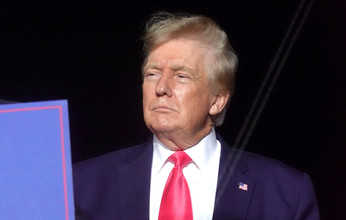 Judge Hands Down Major Ruling on Trump Lawsuit Against Clinton
The Epoch Times
September 10, 2022
A judge on Sept. 8 tossed a lawsuit brought by former President Donald Trump against Hillary Clinton and a slew of others.

Trump sued Clinton, former British spy Christopher Steele, and several dozen others in March over Russian collusion allegations, alleging violations of the Racketeer Influenced and Corrupt Organizations Act (RICO). In an amended complaint several months later, he expanded on the accusations of a conspiracy.

But U.S. District Judge Donald Middlebrooks, a Bill Clinton appointee, said that the lengthy complaint "does not establish that Plaintiff is entitled to any relief" and that the claims presented in it "are not warranted under existing law."