TIGER WOODS AND RORY MCILROY REPORTEDLY ORDERED TO APPEAR IN CIVIL CASE AGAINST PGA TOUR - GOLF
Order "It Takes a Counter-Revolution!" at Amazon.com
Donate and Support Freedom Watch at www.FreedomWatchUSA.org 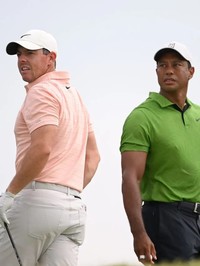 Golf
September 2, 2022
The lawyer representing Patrick Reed in his lawsuit against the Golf Channel and Brandel Chamblee over his dismissal has two new high-profile targets who could be the subject of more lawsuits: Tiger Woods and Rory McIlroy

According to a press release published on Wednesday on his Freedom Watch website, attorney Larry Klayman has notified the Florida Palm Beach County courts that he will subpoena Woods and McIlroy for the August 16th trial. The two men met exclusively with players in Wilmington, Del., prior to the BMW Championship on 16 August

At the BMW meeting, which was reportedly attended by many of the game's top players, Woods outlined plans for a PGA Tour event with limited fields and much larger prize money, while he and McIlroy also shared ideas for a technology-based event to be shown in prime time from 2024. Subsequently, Woods, McIlroy and the PGA Tour issued their official announcements confirming these intentions