WHY IS THE PGA AFRAID OF GOOD, OLD-FASHIONED COMPETITION?
Order "It Takes a Counter-Revolution!" at Amazon.com
Donate and Support Freedom Watch at www.FreedomWatchUSA.org 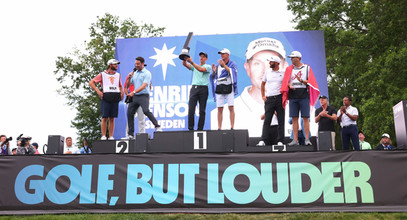 Monahan accused PGA Tour players who joined LIV Golf of accepting "blood money" and engaging in "sports washing," among other vicious attacks on their morals and character. Monahan believes the new tour is an existential threat to the PGA Tour and affiliated tours, such as the DP World Tour.

Although I am an accomplished golfer, and I attend pro golf tournaments, I never paid attention to "golf politics" until just recently. But I know anticompetitive behavior when I see it. I was part of the trial team at the antitrust division of the U.S. Department of Justice during the Reagan Administration that broke up the AT&T monopoly.