KLAYMAN: MAGISTRATE REINHART SHOULD NOT BE CONSIDERED JEWISH BUT INSTEAD A MARXIST!
Order "It Takes a Counter-Revolution!" at Amazon.com
Donate and Support Freedom Watch at www.FreedomWatchUSA.org 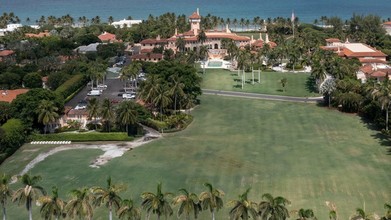 Increased anti-Semitic rhetoric targeted toward Palm Beach judge magistrate in Trump case
Palm Beach Post
August 27, 2022
The Anti-Defamation League's Florida region has reported an increase in strident antisemitic rhetoric from extremist online platforms, all of it directed toward or mentioning the federal magistrate from U.S. District Court in West Palm Beach after he signed off on the search warrant carried out at former President Donald Trump's Mar-a-Lago estate.

U.S. Magistrate Judge Bruce Reinhart, who is a board member at a local synagogue, had his information removed from the judicial directory after receiving violent threats, Palm Beach County State Attorney Dave Aronberg told The Palm Beach Post on Aug. 10.