KLAYMAN: TOLD YOU SO: MAGISTRATE REINHART HATES TRUMP! FOX NEWS AND CONSERVATIVES CROWING WAS SELF-SERVING!
Order "It Takes a Counter-Revolution!" at Amazon.com
Donate and Support Freedom Watch at www.FreedomWatchUSA.org 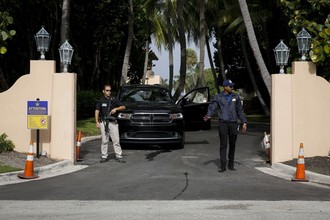 Judge leaves open possibility redactions in Trump affidavit could make it 'meaningless'
By John Wagner
Washington Post
August 22, 2022
The Justice Department has opposed releasing the document, saying that its investigation is in the "early stages" and that making the affidavit public could chill potential witnesses, risk the safety of those already interviewed and reveal future investigative steps. News organizations are pushing for its disclosure, citing public interest in a case stemming from Trump's possession of classified documents.

"I cannot say at this point that partial redactions will be so extensive that they will result in a meaningless disclosure, but I may ultimately reach that conclusion after hearing further from the Government," Reinhart said in the written order Monday.