KLAYMAN: BRUCE REINHART IS NOT A JUDGE BUT A HACK DEMOCRAT MAGISTRATE! HE IS RABIDLY ANTI-TRUMP! CONSERVATIVES SHOULD NOT "OVERSELL" HIS CONTRIVED RULING! THE GUTS OF THE AFFIDAVIT WON'T BE MADE PUBLIC ANY TIME SOON!
Order "It Takes a Counter-Revolution!" at Amazon.com
Donate and Support Freedom Watch at www.FreedomWatchUSA.org 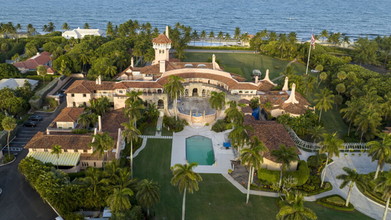 U.S. officials have claimed that an affidavit, which convinced U.S. Magistrate Judge Bruce Reinhart to approve the warrant, needs extensive redactions to protect FBI agents and witnesses, as well as the ongoing investigation into Trump.

The redactions would leave "very little—nothing of substance," Jay Bratt, chief of the Department of Justice's Counterintelligence and Export Control Section, told Reinhart during a recent hearing.