KLAYMAN: BAD CHOICE: WHEN WILL THE DONALD LEARN NOT TO ASSOCIATE AND HIRE BAD PEOPLE WHO LATER TURN ON HIM?!
Order "It Takes a Counter-Revolution!" at Amazon.com
Donate and Support Freedom Watch at www.FreedomWatchUSA.org 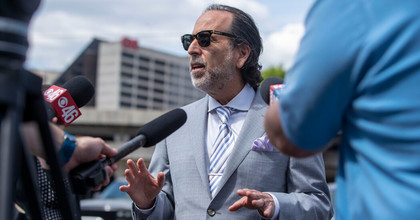 Trump Hires #BillionDollarLawyer
By Danny Hakim and Richard Fausset
New York Times
August 15, 2022
ATLANTA — Amid a deepening swirl of federal and state investigations, former President Donald J. Trump has hired a prominent Atlanta lawyer to represent him in a criminal inquiry into election interference in Georgia.

The lawyer, Drew Findling, has represented an array of rap stars including Cardi B, Gucci Mane and Migos, and is known by the hashtag #BillionDollarLawyer. But he is also well regarded for a range of criminal defense work that he has done in Georgia, and his hiring underscores the seriousness of the investigation — as well as the potential legal jeopardy for Mr. Trump.

The investigation is being led by Fani T. Willis, the district attorney of Fulton County, which encompasses much of Atlanta. At least 17 people have been designated as targets who could face criminal charges. Mr. Trump is not among them, but a special grand jury is continuing to consider evidence and testimony, with several top Trump advisers still to appear. Ms. Willis has said that she is weighing a number of potential criminal charges, including racketeering and conspiracy.