KLAYMAN: THIS WAS A DISHONEST HIT BY THE PGA TOUR TO PREVENT SMITH FROM WINNING THE FEDEX CUP AND THEN JOINING THE LIV GOLF TOUR! NOTHING NEW FROM MONAHAN & CO.
Order "It Takes a Counter-Revolution!" at Amazon.com
Donate and Support Freedom Watch at www.FreedomWatchUSA.org 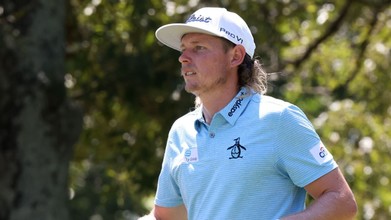 PGA Tour docks Smith 2 shots for bad drop
ESPN.com
August 14, 2022
Cameron Smith, who was attempting to become the No. 1-ranked golfer in the world and is reportedly set to join the rival LIV Golf series, was assessed a 2-stroke penalty before the start of Sunday's final round of the FedEx St. Jude Championship at TPC Southwind in Memphis, Tennessee.

According to a statement from the PGA Tour, Smith played his ball from the improper spot on the fourth hole during Saturday's third round. The tour said Smith "was assessed a two-stroke penalty for a breach of Rule 14.7 [playing ball from the wrong spot]."