KLAYMAN: DISCRIMINATORY TO WHOM? MONKEYS!?
Order "It Takes a Counter-Revolution!" at Amazon.com
Donate and Support Freedom Watch at www.FreedomWatchUSA.org 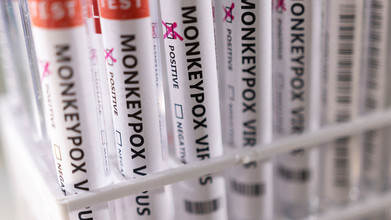 WHO said the decision was made after meeting with the Food and Agriculture Organization of the United Nations (FAO), which helps identify best practices for naming new human diseases to "avoid causing offense to any cultural, social, national, regional, professional, or ethnic groups, and minimize any negative impact on trade, travel, tourism or animal welfare."

In a statement Friday, the U.N. health agency said it has also renamed two families, or clades, of the virus, using Roman numerals instead of geographic areas, to avoid stigmatization.