KLAYMAN: CNN'S TOOBIN RETIRES SO HE CAN SPEND MORE TIME "JERKING OFF!"
Order "It Takes a Counter-Revolution!" at Amazon.com
Donate and Support Freedom Watch at www.FreedomWatchUSA.org 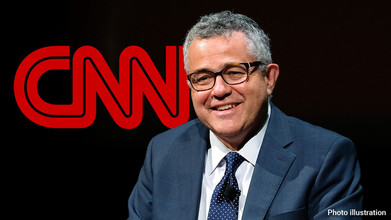 "Friends, I've decided that, after 20 years, I'm leaving @cnn after my vacation," Toobin tweeted. "Was great to spend my last day on air with pals Wolf, Anderson and Don. Love all my former colleagues," referring to CNN mainstays Wolf Blitzer, Anderson Cooper and Don Lemon.

A CNN spokesperson confirmed Toobin's departure, telling Fox News Digital, "We are grateful for Jeffrey's contributions to the network over the years and wish him all the best in his future endeavors."