KLAYMAN: PAIGE SPIRANAC JUMPED FROM BEING A THIRD RATE PLAYER ON THE LPGA TOUR TO BECOMING GOLF'S INSTAGRAM QUEEN OF SUGGESTIVE SEXUAL EXPLOITATION! WHY IS SHE NOW TRASHING LIV GOLFERS!?
Order "It Takes a Counter-Revolution!" at Amazon.com
Donate and Support Freedom Watch at www.FreedomWatchUSA.org 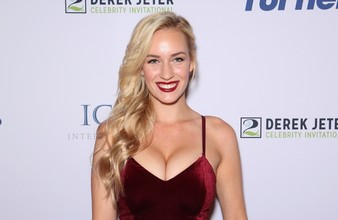 Paige Spiranac Goes Scorched Earth On PGA Stars Making Millions And Acting Like 'F--king Babies'
By Cass Anderson
BroBible
August 11, 2022
Thursday marks the first day of the PGA Tour's FedEx Cup Playoffs. Noticeably absent from the field are any of the LIV Tour golfers who jumped ship for huge paydays.

Things are already getting spicy between the top 2 ranked golfers in the world, Scottie Scheffler and Cam Smith, who were paired together in Round 1 after rumors have been circulating that Cam Smith will join LIV on a contract worth somewhere in the realm of $100 million. But the tension and drama is nothing new in the world of golf lately. Ever since rumors of the LIV Tour's existence were first spoken there's been drama. For many, it's actually been the most entertaining time in golf since Tiger Woods was at his peak.