KLAYMAN: BUTTIEGIEG ALSO DOES NOT KNOW OR WANT TO KNOW THE DIFFERENCE BETWEEN A MAN AND A WOMAN! NEXT IT WILL BE THE "RIGHT" TO MARRY YOUR DOG OR CAT!
Order "It Takes a Counter-Revolution!" at Amazon.com
Donate and Support Freedom Watch at www.FreedomWatchUSA.org 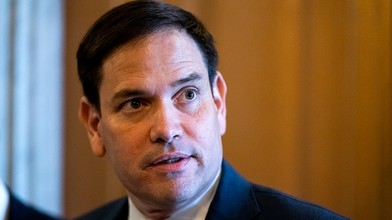 Rubio fires back at Buttigieg over same-sex marriage legislation
The Hill
July 25, 2022
Sen. Marco Rubio (R-Fla.) fired back at Transportation Secretary Pete Buttigieg Sunday after the Biden administration official called out the Florida senator for saying that legislation protecting same-sex marriage would be a "stupid waste of time."

Rubio, in a 58-second long video on Twitter, called Buttigieg a "Harvard-educated Transportation secretary" who he said didn't know the difference between state and federal levels.

The Florida Republican added that, on the federal level, he focuses on "federal problems that matter to real people."