KLAYMAN: REP. RASKIN IS A STRIKING RESEMBLANCE TO HARPO MARX BUT HIS POLITICS IS AKIN TO KARL MARX!
Order "It Takes a Counter-Revolution!" at Amazon.com
Donate and Support Freedom Watch at www.FreedomWatchUSA.org 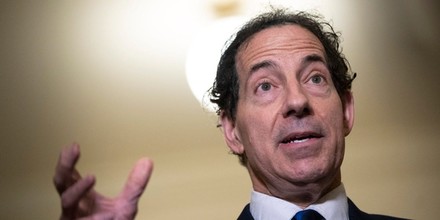 Rep. Jamie Raskin says he's become 'impatient' with the pace of the Justice Department's probe of the January 6 Capitol riot
By John L. Dorman
Business Insider
July 24, 2022
"We don't have a lot of time certainly in Congress to do our work because, at the end of this Congress, we're over."

The congressman remarked that the panel was "in a hurry for America" because its members have to "deal with people who attack the constitutional order" ahead of the 2024 presidential election.

"We're still in front of the 2022 election so I would like to see some motion there, but beyond that, I don't really want to say much more because Merrick Garland is my constituent and I do not beat up on my constituent," he added.