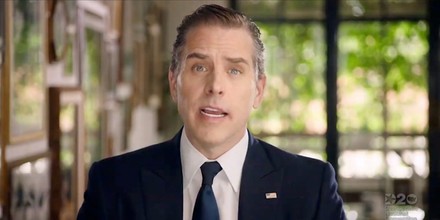 Hunter Biden was previously mentioned by Trump in the first presidential debate for his business dealings, including his connections with the Ukrainian gas company Burisma Holdings and profiting in China while his father was vice president.

Despite being cleared of any wrongdoing, Hunter Biden's entanglement in the administration's contact with Ukraine proved to be controversial, but it remains to be seen how this may impact his father's bid for the presidency.