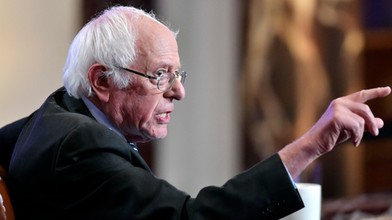 When asked by ABC "This Week" host Martha Raddatz whether Biden should have visited the country, Sanders replied, "No, I don't think so."

"You have a leader of that country who was involved in the murder of a Washington Post journalist," he added. "I don't think that that type of government should be rewarded with a visit by the president of the United States."