KLAYMAN: THE BIDEN DOJ-FBI GESTAPO AND ITS COMPLIANT CORRUPT FEDERAL JUDGES AT WORK!
Order "It Takes a Counter-Revolution!" at Amazon.com
Donate and Support Freedom Watch at www.FreedomWatchUSA.org 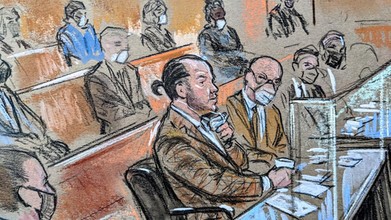 In a court filing Friday, the prosecutors said Guy Reffitt, a Texas father and member of the right-wing militia the Three Percenters, should spend significant time in jail because he brought two guns to Washington, DC, guided the mob forward and planned for more violence after January 6, 2021.

"Initiated by the most fervent smaller groups and individuals within the crowd — individuals like Reffitt — and using the mob itself as a cloak for their actions, each blow helped the crowd penetrate further into the United States Capitol Police's defenses until the building itself was accessible and its occupants were at risk," prosecutors wrote.