KLAYMAN: ANDREW WEISMANN AND POLITICO DESERVE EACH OTHER: BOTH DISHONEST, UNETHICAL, LEFTIST TRASH!
Order "It Takes a Counter-Revolution!" at Amazon.com
Donate and Support Freedom Watch at www.FreedomWatchUSA.org 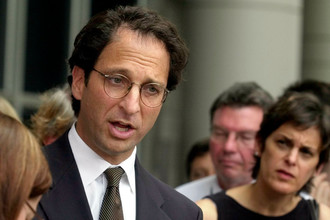 Over the course of his career, Weissmann has worked as an assistant U.S. attorney in Brooklyn, as a deputy and eventually director of the Enron Task Force, as general counsel of the FBI under Robert Mueller and as the chief of the Justice Department's criminal fraud section (where, full disclosure, he hired me). He is probably best known for being one of the senior prosecutors on Mueller's Trump-Russia investigation — an effort that he has written and spoken about extensively.