KLAYMAN: MARXISTS OF THE JEWISH LEFT LIKE REPS. RASKIN AND SCHIFF LEADING CHARGE AGAINST TRUMP AND PEACEFUL PROTESTERS ALONG WITH THEIR LACKEYS ON THE DC FEDERAL BENCH!
Order "It Takes a Counter-Revolution!" at Amazon.com
Donate and Support Freedom Watch at www.FreedomWatchUSA.org 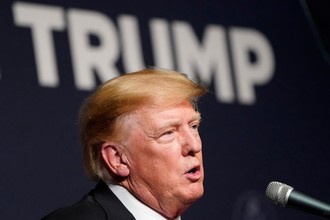 J-6 panel shifts focus to Trump 'tweet heard around the world'
The Hill
July 11, 2022
The House committee investigating the Jan. 6 attack on the U.S. Capitol will turn its focus this week to former President Trump's campaign to rally protesters to Washington, pointing to one tweet in particular as a pivotal moment in the violent effort to overturn his election defeat.

That message, the investigators contend, acted as a shrewd battle cry to the far-right extremist groups and other supporters who were wrongly convinced the election had been "stolen" and viewed Jan. 6, 2021 — when Congress met to certify Joe Biden's victory — as their last best chance to keep Trump in power.