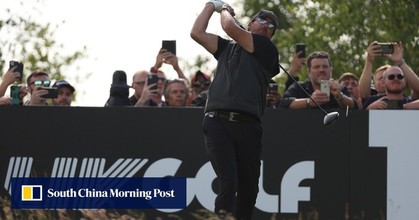 The civil lawsuit, filed on behalf of Larry Klayman and against the PGA Tour and its partner, DP World Tour [European Tour], is seeking class-action status and says suspending golfers who play in the LIV tournaments deprives PGA golf fans of seeing some of the best golfers in the world and is "anti-competitive behaviour" in a free-market economy.