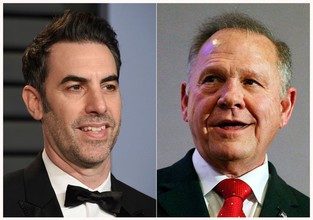 Mr. Moore filed the lawsuit after appearing on Mr. Cohen's television show "Who Is America?", a political satire in which the comedian played a variety of roles. Attorneys for Mr. Moore said the former judge was tricked under false pretenses to appear on the show and was falsely portrayed as a pedophile.